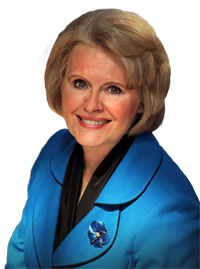 Jill Geisler teaches and coaches managers worldwide and is affiliated with the Poynter Institute. She’s the author of the book, Work Happy: What Great Bosses Know, and the What Great Bosses Know podcasts on iTunes U. CJR editor Liz Spayd asks her questions each month on media leadership issues.

Liz Spayd: The implosion at The New Republic left many of us in wide-eyed amazement. It’s rare that you see so many staffers actually quit in protest of their editor being pushed out. But I’m curious, for those still there and for their bosses, how do you go about putting the pieces back together again?

Jill Geisler: It won’t happen if owner Chris Hughes and his team treat the situation as a public relations problem and not a leadership failure of their own making. Many staff delivered a vote of “no confidence” by voting with their feet. It’s folly to assume that those who remain are wholly supportive. Some may not have had the financial wherewithal to walk out and they’re now engaged in a daily “secret ballot,” tabulating what they are seeing and hearing to determine whether to trust.

They and TNR’s new hires don’t need the excessive control (micromanagement, confidentiality agreements, mandatory “visioning” meetings) that bosses sometimes impose when they think the solution is managing the message instead of leading the people.

What’s needed most right now is a big, honking journalistic win that embodies the best of the magazine’s past strengths and whatever CEO Guy Vidra’s expressed “break shit” vision really means in practice. (At best, it would be innovative, multi-platform, and so scary good that others would emulate it.) Deliver that, and people inside and outside the organization are more likely to say, “Oh, that’s what they’re about. This could work.”

Hughes, Vidra, and incoming editor Gabriel Snyder may be on a mission, but they haven’t inspired many believers because of their mishandling of things. Their next step is to get staff to suspend disbelief by connecting with each one, acknowledging errors, clarifying what it is they really stand for, describing what that will look like in action–and then delivering. If they can do that, it’s step one to building trust.

Liz: In today’s newsrooms, there are reporters with talents and experience that can sometimes exceed the experience of the editors to whom they report. That makes for interesting management challenges, no doubt. Any advice for those who find themselves in that position?

Jill: Your question helps me chip away at the mythology that surrounds management. Managers aren’t some higher, more intelligent life form than those they supervise. They just have a different set of tasks that require a specific set of skills. Most employees are smarter than their bosses in some respect. So, if editors are any good, they’re committed to hiring people who are demonstrably sharper than they and aren’t intimidated by that talent. I tell editors to think of themselves as symphony conductors. They don’t play every instrument; they have stars who do. It’s the leader’s job to get the best out of each one of them.

Liz: This is a related question. Let’s take the case of an experienced news editor who has a digitally wise reporter working on his staff. Both no doubt have information to impart to the other, but how do you be the boss to an employee who has crucial skills you lack?

Jill: High-performing editors will tell you that it’s all about relationships. They learn about the reporting habits, quirks, and fears of each of their writers. They find out what excites them on a story, project, or task. When it comes to newer story forms, editors simply can’t say, “This bells-and-whistles stuff isn’t my thing” and focus only the parts of the process they’re comfortable with.

Together, the editor and reporter should determine what baseline knowledge the editor should have about digitally driven story development and execution. With that, editors can do a much better job of providing their reporters support and guidance–from budgeting to time management to priority setting to tools. They may or may not achieve the same digital proficiency as the reporters, but the editors’ ability to see the world through their reporters’ eyes lift everyone’s game.

An essential role of management is removing obstacles that interfere with employees’ progress. Management ignorance shouldn’t be one of those obstacles.

TOP IMAGE: The New Republic's downfall can be a lesson for how bosses treat their employees