On an overcast day in December, a drone flew over the outskirts of Dallas. The brief flight had been routine­—a test to calibrate equipment—so the amateur pilot wasn’t expecting much when he returned home to review the pictures he had captured. But something in the bottom left-hand corner of one of the photos caught his eye. It looked like a river of blood flowing from the back of a factory into a creek that fed the Trinity River.

The operator picked up the phone and reported the sighting to the National Response Center, which tipped off the Texas Environmental Crimes Task Force. A search warrant was issued. A year later, following an investigation kicked off by the photos, a grand jury returned 18 indictments against the Columbia Packing Co., Inc, which had been operating as a slaughterhouse and meatpacking plant, and two of its vice presidents for pollution and evidence tampering. The slaughterhouse was shuttered.

The incident demonstrates both the potential of drones for investigative journalism and the impact of new state and federal guidelines that could limit their use. As is often the case with new technology, the evolution of drones long ago outstripped efforts to regulate them, even as they tap into our most primal fears about privacy and surveillance. The FAA in recent months has moved to streamline its rules around commercial drone usage, but state legislation remains a hodgepodge. In 2015, 45 states considered 168 bills related to drones, according the National Conference of State Legislatures. The result is a confusing patchwork of laws and regulations that vary according to where you’re standing and why you’re filming.

In mid 2014, for instance, the National Park Service instituted a ban on drones until it can work out a long-term management plan. The reasoning is sound enough: Selfie sticks are annoying, but can you imagine a future in which every tourist visiting the Grand Canyon has a flying camera?
Meanwhile, Tennessee has outlawed drones at ticketed events with more than 100 attendees and California has regulations in place to prevent paparazzi from using drones to film people on private property.

Unfortunately, not all drone laws are so logical. Today, under Texas legislation introduced 18 months after the “blood river” photo was taken, it would be illegal for news organizations to capture and publish such an image without the permission of every landowner in the frame.

Here you’ll find drone photographs that have captured new, unusual, and important aerial perspectives of American life. Most of them are now, or might soon be, restricted for news organizations under federal, state, or local regulations. Enjoy them while you can. 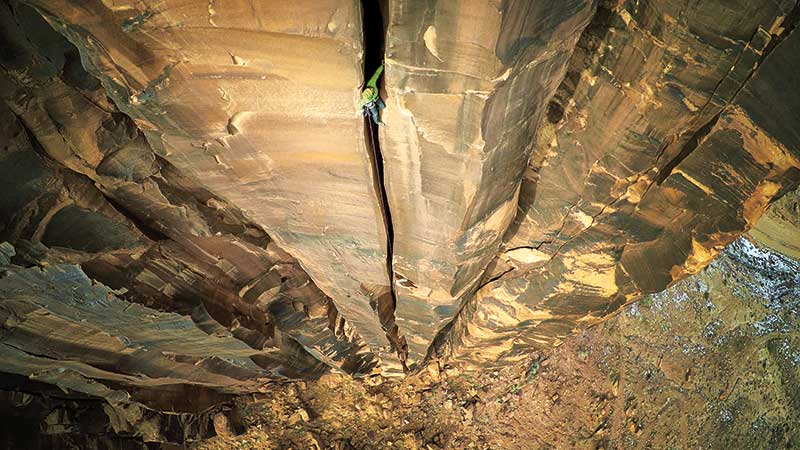 Rock Climbing—Moab, Ut Max Seigal, a professional photographer, captured this image of a rock climber scaling a cliff in Moab, Utah. Although this image was captured within the FAA’s height limit of 400 feet, Seigal finds some of the new drone rules restrictive. “The guy who is climbing is actually a good friend of mine. I’ve done climbers, I’ve done sports, I’ve done hotels, real estate. I mean, the possibilities are pretty much endless.” (Max Seigal) Michael Brown Protest March—Atlanta, Ga Elliott Augustine, a photographer and videographer, captured a November 2015 protest against the shooting death of Michael Brown in Ferguson, Missouri. “After I looked at the footage I was kind of shocked to see everything that was captured….Drones will
be used in news gathering, it’s just a matter
of time.” (Courtesy Elliott Augustine of American Drone Industries) Scattering of Ashes—Makaha Beach, O’ahu, Hi Pk Salmon is a surf photographer and filmmaker who lives on O’ahu. When her friend and mentor Jeff “Mana” Walthall, a renowned surf photographer, passed away suddenly while surfing, she captured his water memorial from the sky. The new FAA rules restrict commercial operators from flying directly over people. (Courtesy Pk Salmon) 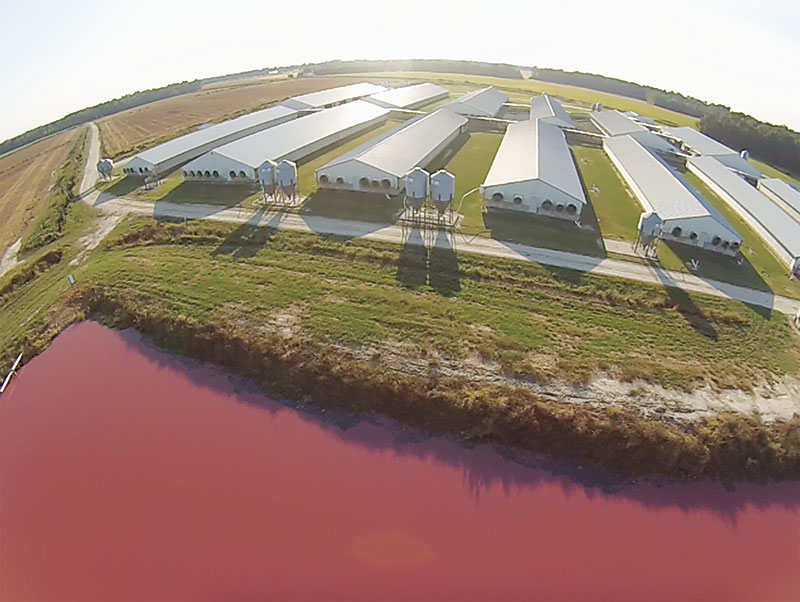 Sewage Lagoon—North Carolina This image, of a factory pig farm, would be hindered in some states by “ag gag laws” enacted to prevent whistle-blowers from using hidden cameras at agricultural facilities. The laws would also restrict journalists’ ability to film the farms with drones. (Courtesy Mark Devries of Factory Farm Drones) Burning Man—Black Rock Desert, Nv “Burning Man truly is a small city. They have all sorts of little faux-government agencies that do real work. They have their department of public works, they have their safety camp, they have a DMV,” says Zubeyir Mentese, a drone photographer who took this picture of the event. “They have a bunch of rules concerning where you can fly. You’re not supposed to fly within 25 feet horizontally of any person who is a non-participant. We put a lot of effort into flying safely. If an artist was at an art installation, we’d speak to the artist and get their approval to clear everyone out.” (Courtesy Zubeyir Mentese) 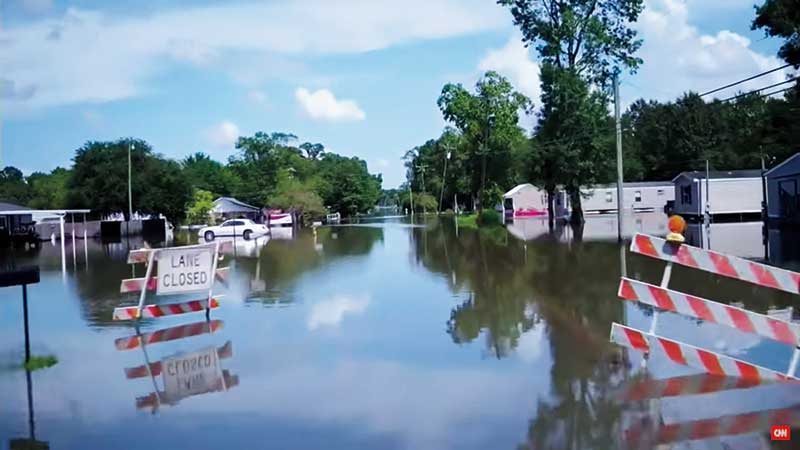 Flooding—Baton Rouge, La In August 2016, CNN became the first media organization to be granted FAA approval to fly a small drone over people at a height of less than 21 feet. Greg Agvent, CNN’s senior director of national news-gathering technology, has worked with the agency on how commercial drone use will be regulated. (Courtesy CNN) Snowstorm—Birmingham, Al Kevin Henderson, an IT repair technician, captured the fallout from a snowstorm that hit the area in the winter of 2014, the kind of image that also could be restricted by new FAA drone rules that forbid flying over people. (Courtesy Kevin Henderson of SkyBama Drone)

Sign up for CJR's
Has America ever needed a media watchdog more than now? Help us by joining CJR today.
Shelley Hepworth , formerly a CJR Delacorte Fellow, is Technology Editor at The Conversation in Australia. Follow her on Twitter @shelleymiranda.