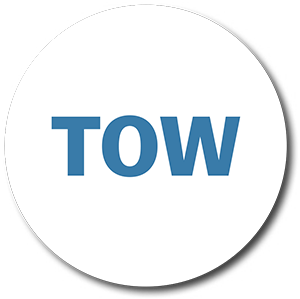 This is the first part of a two-part investigation. The second piece can be found here.

As local news outlets across the US struggle to stay afloat, pop-up newsrooms are filling the void. Organizations with ties to political parties, special-interest groups, and lobbyists have emerged under the guise of news.

One of the biggest such networks, Metric Media, operates more than 1,200 local news sites across the United States, and encompasses multiple corporate entities including non-profit charities. The Tow Center has previously reported on Metric Media, but until now, little was known about the finances or partners of this network that claims to give “every citizen a voice in their community” and publishes “over 5 million news articles every month.”

A new investigation by the Tow Center has discovered that this network has ties to founders of the Tea Party movement , to a non-profit described by Mother Jones as “the dark-money ATM of the conservative movement,” and to a Catholic political advocacy group that launched a $9.7 million campaign in swing states against the Democratic presidential candidate Joe Biden six weeks before the 2020 election.

We traced a subset of the network’s financial ties by examining the IRS returns of multiple non-profit organizations, which allowed us to identify the sources of more than half of the Metric Media Foundation’s reported $407,500 revenue in 2019. (IRS records for the 2020 tax year will not be available until next year.)

Our investigations relied on threat intelligence tools Farsight DNSDB Flexible Search and RiskIQ, IRS filings, Facebook and Google ad libraries, as well as our internal analytics tool to establish the connections within the network.

Metric Media Foundation’s 2019 Form 990 filing discloses more than half of its revenue—or $236,750—was paid to Franklin Archer (listed as an “independent contractor”) for “publishing.” In the complex organizational structure of this operation, Franklin Archer is one of the companies that make up the core of the Metric Media network. Figure 1 breaks down the core entities and key stakeholders of the publishing network, the related entities run by those stakeholders, and the flow of money into the network based on 2019 IRS filings.

There are five companies that make up the core of the network: Metric Media LLC, Newsinator (that, according to Iowa state records, has the alternative  name Franklin Archer), Local Government Information Services (LGIS), Pipeline Media, and Locality Labs. At least one of these companies has changed its name: Locality Labs was previously known as Journatic and Blockshopper, and reporting by Deseret News says Pipeline Media is the new name for the same entity.

There are two main stakeholders behind this network: Bradley Cameron and Brian Timpone. Cameron, Metric Media LLC’s general manager and president, says he is “currently retained by private investors to develop a national media enterprise,” with no additional information about the identities of these private investors. Cameron is also the founder and CEO of the management consultancy, Situation Management Group (SMG).

Timpone, who describes his business as “software and data,” has long focused on creating low-cost automated journalism, and a This American Life investigation found his previous venture Journatic faked bylines and quotes, outsourced reporting, and plagiarized content. Whilst Timpone denied these allegations in 2012, saying “alias bylines” were limited to real-estate news briefs, a further investigation by Poynter found that this was not true.

Neither Cameron nor Timpone responded to multiple requests for comment. In the past five years, Timpone has continued to focus on the technical infrastructure of this sprawling “local news” network, starting with LGIS in Illinois. Thirty-odd Illinois publications were initially owned by Newsinator, and the conservative SuperPAC Liberty Principles paid Newsinator $311,409 in 2016, according to data from the Illinois State Board of Election Expenditure  for “Advertising – newspaper.” In the second half of 2016, Local Government Information Services or LGIS was created, which “took over production and distribution of [the Illinois] newspapers.” LGIS was a collaboration between Timpone and Dan Proft, the Chairman and Treasurer of the now defunct Liberty Principles.

Today, according to state records, Proft continues to be the president of LGIS, with John Tillman listed as the secretary. Even though Tillman’s role at LGIS appears to be more recent, multiple organizations that he’s involved in have paid Timpone’s organizations over the years, according to previous years’ IRS filings.

Tillman is an influential conservative activist in Illinois politics: Both ProPublica and the Michigan Campaign Finance Network (MCFN) have reported on his influence in Illinois and Michigan politics. MCFN reports on how his organizations are aligned in messaging and “creating an ecosystem of alternative media online, delivering conservative content to Michiganders in the form of political reporting, grassroots organizations, advocacy, and even satire.” The ProPublica story focused on the “often-dizzying series of transactions” Tillman and his associates adopt to move “millions of dollars around five interconnected nonprofits they run, steering money to for-profit ventures in which they have a stake.”

Tillman’s multiple ventures have received financial backing from Illinois conservative politicians, as well as from some of the biggest Republican contributors in the country, including foundations tied to the Koch, Mercer, and Uihlein families.

One such venture is American Independent Media, a non-profit incorporated in December 2016, that has adopted two alternative names in Illinois according to state records: “Restore American Communities Safely” and “Citizens Against Voter Fraud.” Both names have their own Facebook pages.

Tillman is the President of American Independent Media. According to its 2019 IRS filing, the organization gave a $70,000 grant to the Metric Media Foundation as it “shares the same principles as American Independent Media.” It also treated both Franklin Archer and LGIS as independent contractors. Franklin Archer was given $196,000 for “site implementation and news creation” while LGIS was given $120,000 as a “grant to underwrite community news [development].”

While we only found one instance of one of Tillman’s companies paying this network in 2019, two other Tillman companies, Franklin News Foundation and Think Freely Media, have previously paid entities within the Metric Media network.

Tillman is also the chairman, treasurer, and director of the Franklin News Foundation, previously Franklin Center for Government and Public Integrity. It was created in 2009 to create online publications in more than a dozen state capitals in partnership with the State Policy Network. The State Policy Network is a group of 65 conservative and libertarian think-tanks funded by donor organizations including the Koch-backed DonorsTrust and Donors Capital Funds, and is known to create multi-pronged coordinated efforts to push their agenda across states. In 2018, Franklin News Foundation paid Newsinator $196,102 for “advertising services.”

Outside the core network

The Frontier Lab is “an SMG company that conducts consumer and voter research,” with Bradley Cameron as the registered agent, according to state records. Cameron is also the CEO of the management consultancy SMG, the General Manager of Metric Media LLC, and one of the two principals of Pipeline Media, all of which make up the core of the “local news” network.

In her book Dark Money, Jane Mayer describes DonorsTrust and its sister organization Donors Capital Fund as “a screen for the right wing, behind which fingerprints disappeared from the cash.”

While the two Donors organizations don’t exclusively fund conservative institutions and causes, they are conduits for anonymous donors to bankroll causes aligned with their interests (and get tax write-offs) without revealing their identities; the organizations are not required to disclose the names of their contributors. Overall, an analysis by the Center for Media and Democracy found the two donor organizations had pumped at least $90 million into “right-wing causes” ranging from media to misinformation around climate change in 2019.

DonorsTrust also gave American Independent Media $452,000: $415,000 for “general operations” and $37,000 “to support independent media coverage in communities across the US.” Franklin News Foundation was given just under a million dollars; one of the purposes was “to balance the liberal media with conservative & libertarian media.”

John Tillman, along with Dan Proft, was one of the founders of the Illinois Opportunity Project, a free-market advocacy organization. Between 2017 and 2018, the non-profit paid over $440,000 to two of Timpone’s organizations: Locality Labs cumulatively received $300,495 and Newsinator $140,442. There is no mention of any of the entities in the Metric Media network in the organization’s 2019 IRS filing.The services provided by both Locality Labs and Newsinator in this case was “Consulting.”

Currently, Brian Burch is the Director and Chairman of the Illinois Opportunity Project. He is also the executive director of the Fidelis Center for Law and Justice, which houses the project CatholicVote. In September 2020, six weeks before Election Day, the group launched a $9.7 million campaign against Biden aimed at voters in swing states.

CatholicVote’s ties to the Metric Media network will be further explored in the next part of this investigation.

The National Christian Charitable Foundation, which is the sixth-largest charity in the US and whose IRS filing says they “[make] distributions to and for Christian churches and other charities,” gave the Metric Media Foundation $17,500 for “growth” in 2019. Based on the filings alone, it’s not possible to determine how the grants given by this charity impacted the stories published by the Metric Media network or whether more money was given in subsequent years.

If you have examples of similar networks operating in your area or would like access to more granular data, please get in touch with us here.

For a complete list of the domains we’ve identified as part of the network, please click here.

About the Tow Center for Digital Journalism

The Tow Center for Digital Journalism at Columbia's Graduate School of Journalism is a research center exploring the ways in which technology is changing journalism, its practice and its consumption — as we seek new ways to judge the reliability, standards, and credibility of information online.

Predictive journalism: On the role of computational prospection in news media

More than 6,150 news workers were laid off amidst the COVID-19 pandemic

Journalism across divides?: Searching for insights from Kigali to Kentucky