Laura Jackson’s husband, Charlie, died on May 17, in a veteran’s hospital in North Carolina, from complications related to COVID-19. At the time, Jackson, who is forty-seven, hadn’t seen Charlie in person for three weeks; like him, she had tested positive for COVID-19, but she had been asymptomatic, and recovered. Mourning Charlie was difficult; public health restrictions in Charlotte limited the size of indoor gatherings to ten people. “That was the hardest part,” says Jackson, who was able to see her three children as well as some close family, but few others. “It still is the hardest part, grieving in a pandemic when it’s when you need people the most.”

Jackson found relief sharing her story—on CBS Weekend News, in December, in a short segment about the hardships faced by grieving families during the holidays, then on social media. Jackson created a Twitter account, to post about her grief; she kept it secret, even from her children. One of the first accounts Jackson connected with was @FacesofCOVID, which is dedicated to sharing photographs and stories of people who died from COVID. Seeing the losses of so many other families “helps you put your grief into perspective,” Jackson says. Comments were supportive, and there was a notable absence of negativity and trolling. After months of following @FacesofCOVID, Jackson asked her children for permission to share their family’s story, and they consented. She recorded the basic details of Charlie’s life and death, along with a short remembrance, in a Google form; shortly after, @FacesofCOVID published them:

"A loving husband & father that served this country honorably in the US Army…Like other families our world has been destroyed as a result of his senseless death." pic.twitter.com/jTWf96dlPn

The details of Charlie’s life had gone to the inbox of Alex Goldstein, who is thirty-six years old and the CEO of a communications firm. Since March 31, 2020, Goldstein has run @FacesofCOVID from his apartment in Boston. At first, he drew details from obituaries and local newspapers. On a top line, Goldstein would write a victim’s name, age, hometown, and date of death. Beneath, he’d paste a quote from their obituary, or write his own brief summary. Since then, he’s made minor stylistic changes to posts. “Passed away” was replaced with “died,” for brevity and directness. Names are now in all caps. This month, Goldstein began to include the year of the victim’s death. As his following grew, Goldstein began soliciting submissions via the form Jackson filled out. Now a year old, @FacesofCOVID has nearly a hundred and fifty thousand followers.

“What I remember from those really early days—besides the fear of sort of just being hurtling into the unknown with this pandemic—was that the story that was being put out there, that I think was a critical story, was a data-driven story,” Goldstein says. He designed his project to make sure that the human side didn’t get lost. “I think that one of the most important ways that we could help people make better decisions—or hold our government accountable and to actually respond to the pandemic in ways that they completely were not—was to allow people to interface more intimately with the losses that were happening.” 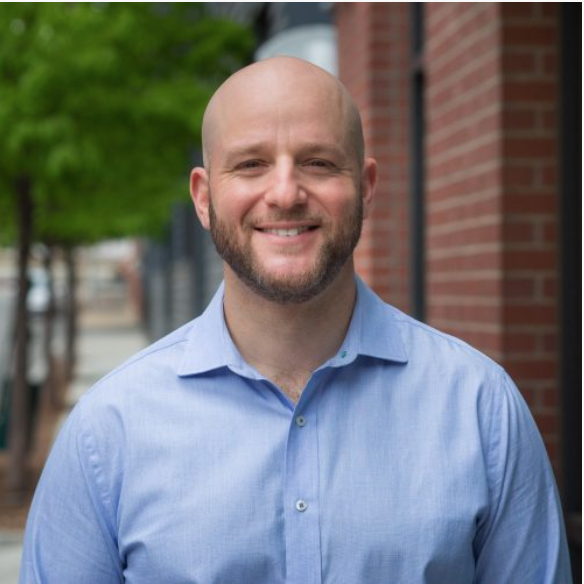 What began as an exercise in “personal catharsis” has grown into a living memorial, as well as a community for those seeking or offering support and a conduit for connecting journalists with the families and friends of lost loved ones. On the submission form, people can check a box to indicate whether they’re comfortable being connected with reporters. Goldstein says roughly 80 percent check either “Yes” or “Maybe,” and that journalists now reach out once a week.

The project, Goldstein says, has become a daily ritual. At night, he repairs to the guest bedroom of the Boston apartment he shares with his wife, Alyssa. (The couple married in early March 2020, less than a week before Goldstein closed his office due to concerns about COVID.) He reads new submissions, logs them in a spreadsheet, turns them into tweets, and then emails the author of each submission to let them know before a tweet goes live. His dog, Tillie, often sleeps next to him. In the morning, starting around 6:45, he works from the living room couch, usually with a cup of coffee and copies of the Boston Globe and Wall Street Journal. When he receives a story submission, he condenses it to the essentials, often including a quote. He schedules tweets to go out regularly, about every two hours.

Karen Nascembeni wrote to @FacesofCOVID with a remembrance of her husband, Steven Richard, who was hospitalized last year on Saint Patrick’s Day, and later died. Nascembeni was hospitalized as well, and put in a medically induced coma as part of her treatment; when she woke a month later, she learned that Steven had died, as had his father. On November 28, 2020, Goldstein tweeted Nascembeni’s remembrance; Nascembeni saved screenshots of the replies:

STEVEN RICHARD, 58 of Lynnfield, Massachusetts died of COVID on Mar. 24.

He "was a kind, funny gentle soul whose heart & hands were always open to helping others. He was a gifted photographer, known for beautifully capturing the essence of his subjects."

Submitted by his wife. pic.twitter.com/cqmN3jMbo1

Nascembeni’s story of her late husband was shared in media outlets including WBUR, Voice of America, WGBH, and ABC, often as the result of Goldstein connecting her with reporters. She hopes her story reminds people of how serious the disease can be, as well as of the importance of wearing masks and maintaining social distancing. “I never thought I was going to be an advocate, but I do feel incredibly passionate about this,” Nascembeni said.

“Unless you know somebody who has died, I guess people aren’t grasping the severity of it,” she continued. “What Alex is doing is keeping this top of mind and not letting people forget that this is someone’s mother or father or grandmother.”

Though they’ve never met in person, Nascembeni feels a great fondness for Goldstein. After meeting as guests on a WGBH news segment, the two have kept in touch. They have standing plans to get a drink on the first day that there are no new cases in Massachusetts.

“I worry about him, because every day he’s writing dozens of these stories, and taking in all of this energy and sadness,” Nascembeni says. “It’s a gift, what he’s doing, giving back to all of us families.” She hopes that the Faces of COVID Twitter feed is memorialized somehow when the pandemic is over. “Put it into the Smithsonian or wherever you put these things that we want to memorialize forever,” she says.

As reporters have struggled to communicate the human toll of a story that’s been measured in curves, charts, benchmarks, and case numbers in the millions, Goldstein—who doesn’t consider himself a journalist—is content with the immediacy of Twitter. The community he’s built has offered something that traditional journalists have not, even as some have looked for ways to expand the boundaries of the craft. When the death toll reached one hundred thousand, in May, the New York Times turned its front page into a memorial, printing nearly a thousand names culled from hundreds of local newspapers and obituaries. Local outlet The City created a “Missing Them” project; many of the faces of those whose lives it documented were projected onto the Brooklyn Bridge on March 14 for New York City’s first Day of Remembrance.

Goldstein has no timeline for when he plans to stop posting or close the account. Lately, he’s been thinking about doing more work through @FacesofCOVID, not less. “We’re behind on processing this grief—we are way behind,” Goldstein says. “If there’s anything that I can do to help us do that, I want to do it. And if nothing else, as long as it’s meaningful for those families, then that’s worthwhile.”

Has America ever needed a media watchdog more than now? Help us by joining CJR today.
Ian W. Karbal is a CJR fellow.