In August 1973, a year after the break-in that ignited the Watergate scandal, National Lampoon deadpanned a faux Soviet conspiracy that saw officials “removing bugs from telephones, mixing actual letters and telegrams from Soviet citizens in with the usual phony ones, telling the truth to foreign newsmen,” and refusing to lie at their own trials. Dubbed Volgagate, it was the first post-Watergate use of the suffix to describe wrongdoing—albeit of the fictitious variety. The label has since become a boon for headline writers, an instant connotation of scandal to readers, and, more recently, an ingredient for Twitter hashtag glory.

Social media users are quick to slap the four-letter distinction on questionable situations—journalists are not the gate-keepers they once were—and critics have seemingly accelerated their calls to lay the suffix to rest. CJR last ran a matrix evaluating such episodes in 2008. Since then, dozens more have sprouted in various media, many of them becoming national lampoons in their own right. 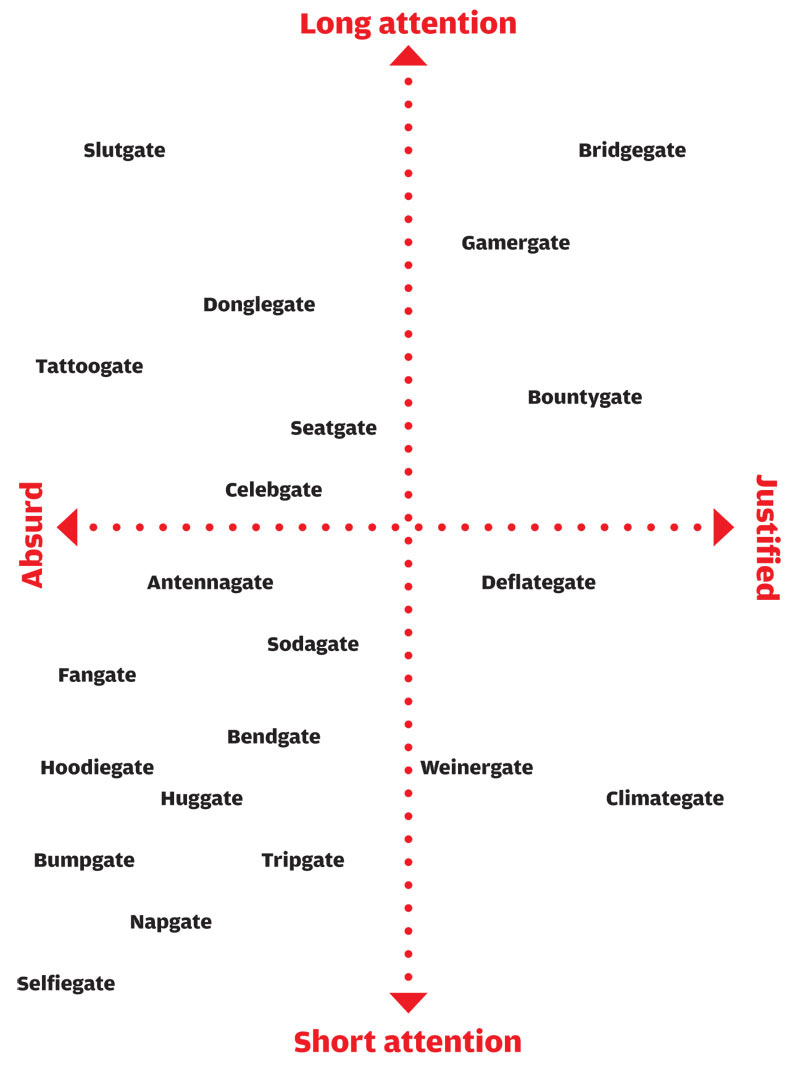 Has America ever needed a media watchdog more than now? Help us by joining CJR today.
David Uberti is a writer in New York. He was previously a media reporter for Gizmodo Media Group and a staff writer for CJR. Follow him on Twitter @DavidUberti. This story was published in the March/April 2015 issue of CJR with the headline, "Flood-gates."