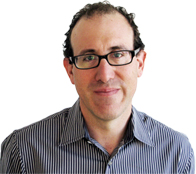 Joel Simon, head of the Committee to Protect Journalists, writes about the safety of journalists for CJR.

Journalists around the world are confronting a hostage-taking epidemic of record proportions, punctuated by the death Saturday of freelance journalist Luke Somers alongside South African teacher Pierre Korkie. Both were reportedly killed by their Al Qaeda kidnappers during a rescue attempt by US special forces in Yemen.

Reporters are being abducted, ransomed, and killed in countries from Afghanistan to Somalia, and from Iraq to Mexico. In war-torn Syria, Islamist militant groups have been systematically targeting reporters for two years and have already kidnapped more than 90. Now, with journalists rarely venturing into areas under Islamic State control, this militant group has reportedly hatched a plan to kidnap Western journalists in Turkey and transport them across the border.

It was the videotaped murders by Islamic State militants of freelance journalists James Foley and Steven Sotloff last summer that brought the issue home to the American public.

The Sotloff and Foley beheadings not only sparked widespread revulsion but led to a shift in US policy. In the aftermath of the killings, President Obama pronounced the Islamic State a threat to the US and authorized military action.

Though not publicly known at the time, the President also ordered a review of US hostage policy from “top to bottom” according to The Daily Beast, which first reported on the review last month.

The review is welcome and necessary–to journalists, aid workers, and any others who find themselves at risk of kidnapping.

It is also necessary because the current policies do not address the national security dimension of the targeted kidnappings and too often leave the families of the victims to fend for themselves. Nor is there efficient coordination between US intelligence agencies, between various countries involved, and between victims’ families who are often spread throughout the world. In the latest incident, reports suggest US officials were unaware that a South African teacher was being held alongside the American journalist they were trying to rescue, or that the teacher had been ransomed and was due to be released. Such information may not have changed the calculus behind the raid since Al Qaeda had threatened to kill Somers imminently. But it does represent a striking intelligence failure.

The first order of business for those carrying out the review should be to sit with the families of victims and hear their concerns. “I would very much like the administration to include families of American hostages so that they can understand from our point of view how important it is to have improved communications and someone who we can hold accountable [in the government],” Diane Foley, the mother of James Foley, told me during a recent visit to New York.

Foley has been outspoken in her criticism of US policies, particularly the way her family was treated. One of her primary complaints is that the FBI agents who were assigned to liaise with the family shared almost no information. When the Foleys reached out to the State Department or the White House, they got sympathy and not much more.

This lack of coordination not only increases the anguish for the families, it undermines US strategic interests. Having the FBI serve as the lead agency might make sense when the kidnapping is purely a criminal act, but not when there are national security implications. In cases like the Foley’s, the task of liaising with families and employers should also fall to the National Security Council, which operates out of the White House. The NSC serves a coordination function, and has the ability to escalate quickly up to the president, who could authorize a rescue attempt at an early phase or request the mediation efforts of another government.

One of the reasons that families are often kept in the dark is that the US government is legally prohibited from sharing classified information with people who have no security clearance. This is why the families of kidnapped Americans should be offered the opportunity to undergo a security review on an expedited basis so that they can receive information that will allow them to make informed decisions about such thorny issues such as whether to pay a ransom, seek an intermediary to carry out negotiations, or launch a public campaign.

The hostage policy review must also address the lack of coordination with European governments and examine the way countries’ different responses to kidnapping have put journalists at tremendous risk. Because many European governments pay ransom, there is a powerful incentive to kidnap Western journalist in many parts of the world. And because the American government has a policy of paying no ransom to terrorists, American journalists who are nabbed (sometimes by accident) face an especially dire circumstance. Unless they escape or get rescued, their fate is too often a videotaped execution.

The US government has said it will not review the prohibition on paying ransom, which I believe is a missed opportunity. While I accept the US government’s logic that the payment of ransom increases the risk for kidnapping, there should be some flexibility built into the policy to address extenuating circumstances.

The review should certainly explore ways to engage with hostage takers through other means. According to Diane Foley, her son’s kidnappers were angered by the fact that the US government refused to respond to their emails. Communication with kidnappers is not the same thing as negotiating with kidnappers. It is akin to the local police talking through a bullhorn to someone holding up a bank in order to buy time, gain intelligence, and seek a possible resolution. Talking should be a normal and natural response when lives are at stake.

There are some things that the US government should not do. It should not offer legal advice to families who may consider paying ransoms even if such payments could be a technical violation of US law. Instead, it should advise families considering paying ransom to seek appropriate legal counsel from an attorney who represents their interests. The Foleys, who were in the process of raising money in hopes of ransoming their son at the time he was killed, were justifiably outraged when they were told by a US official that they could be prosecuted for such action.

The US government should revise its current practice of advising families to “blackout” news of the kidnapping–meaning to not hold a press conference or in other ways reveal that their child has being detained (although families or employers may choose to do so.) As I argued in a recent piece for CJR, such blackouts are rarely effective and in fact reduce the public pressure on the government to take action.

The questions surrounding the US response to the kidnapping of its nationals are extremely thorny. They involve compliance with existing law as well as a recognition of all manner of national security implications. One thing is clear, however. The current situation could not be worse.

Because European governments pay ransom, all Western journalists are targets. And because the US government does not pay ransom, the fate of kidnapped Americans is bleak. Meanwhile, the families are treated as a problem to be managed rather than victims who need support and sympathy. And because of blackouts, the public is too often kept the dark.

There are no quick fixes or easy solutions. But the president owes it to the families, to the media community, and the American public, to do everything in his power to get these policies right. The policy review is an important first step.

TOP IMAGE: Obama's review of kidnappings is a good first step, but it isn't enough