Click on the image above to view this graphic as it appeared in the magazine. 1850-1987 Not long ago the national conversation was based on commonly shared facts, arrived at through professional journalism, via newspapers, TV, etc., held to account by multi-sourced and fact-checked information. 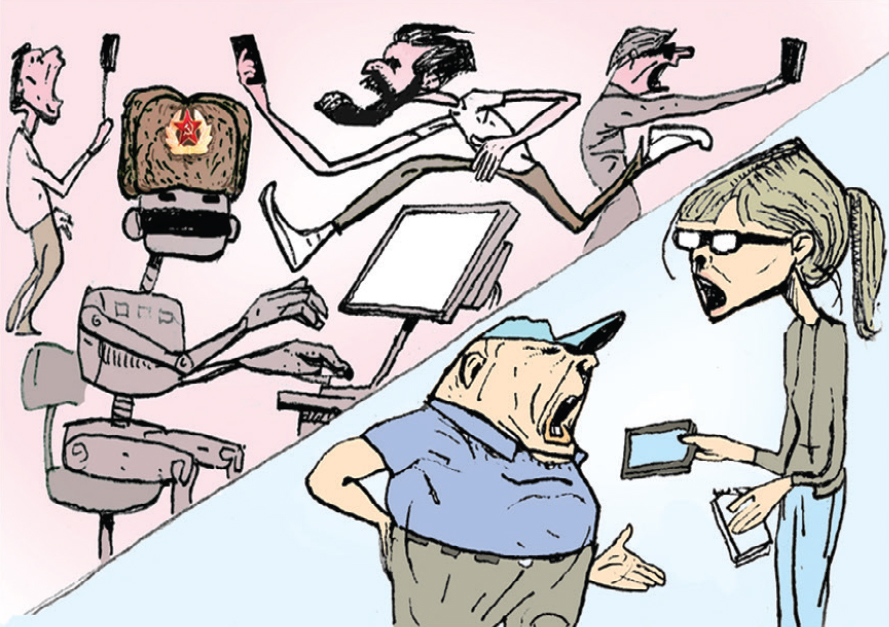 2015 Social media makes muddling information much more profound. It soon becomes difficult to establish the difference between stories generated by social media bots and YouTube celebrities and ones from trained journalists. 2016 By Election Day, the damage had been done. Media, instead of providing news, manipulated reality, changing the perceptions of millions of voters.

2017 A propaganda-media-complex became so dense and confusing that many escape into ever-distracting universes of electronic fantasy, and endless space, free of any journalism.

Has America ever needed a media watchdog more than now? Help us by joining CJR today.
Steve Brodner is a graphic artist and commentator. His art has won many major awards in the world of illustration and cartooning and has appeared in most publications in the US. He teaches narrative art at the School of Visual Arts in New York City.