My focus has shifted. The election is still incredibly important, but right now I’m focusing on the process of how people actually vote. It’s not a question anymore of if people will vote by mail, it’s how—and then how prepared the states are. In America, there’s no federalized election system. There are fifty-one different ways people vote. Every state and DC is different. And some states will be better prepared than others.

There’s such a wide range of polls on the public. That’s a good way to get a view of what the public thinks instead of trying to call up one or two voters. Because that’s what you do when you’re at an event: you go talk to people in the crowd. I don’t have to guess what the American public thinks about voting by mail. I know, because polling shows it. Michigan was the last real primary state before the lockdown happened. The state confirmed its first case on March 10, the same night as the primary, about an hour after the polls closed. So I went from covering a Biden rally in Detroit on March 9 to covering the primary election on March 10 to covering the pandemic the night of March 10.

I wrote probably one story in two months that wasn’t about the pandemic or the political reaction. In Michigan, we’ve had a big political fight between Governor Gretchen Whitmer and the legislature over how much power she has to continue issuing executive orders and taking emergency actions. At the very beginning, I felt almost dirty writing about politics in the middle of a global pandemic. It felt a little distasteful. But it’s hard to ignore the politics at this point.

I think the pandemic and the election have kind of become the same story. Folks who have strong opinions about the governor’s response to the coronavirus also have very strong feelings about the president’s response. They’re all wrapped up together. 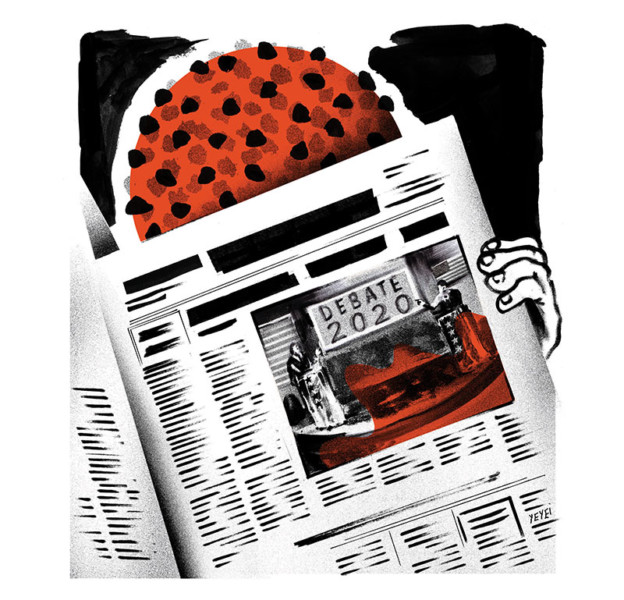 Now you can’t get the spontaneous voter voice, the person who wasn’t expecting to be quoted. That’s hard, because I think part of the lesson that a lot of campaign reporters took from the 2016 election was that we needed to make sure that we were talking to people other than the ones that we would normally talk to to see what was going on politically in this country.

Now much bigger changes are happening in the country, societal changes, economic changes. We don’t have a good way of getting our own measurement of it. Polls have their value, but a lot of polls have proven to be off when it comes to the sample groups and end up not being representative. Polls are not the perfect way to do this. Within the Des Moines Register we have a dedicated politics team. Now two-thirds of those reporters are spending their full amount of time covering the coronavirus and its effects throughout the state.

We found that there is a ton of appetite for coronavirus updates. The other stories that people are reading are escapist news or things that can take their minds off of all of the terrible things that are happening. And that’s not necessarily politics. We’ve found a slow ramp-up for politics coverage. So we’ve spent a lot more time thinking about what our mission is. Obviously, it’s to inform our readers about who they’re voting for. How do we make sure we’re serving that mission without spinning our wheels writing campaign features that nobody is reading right now? 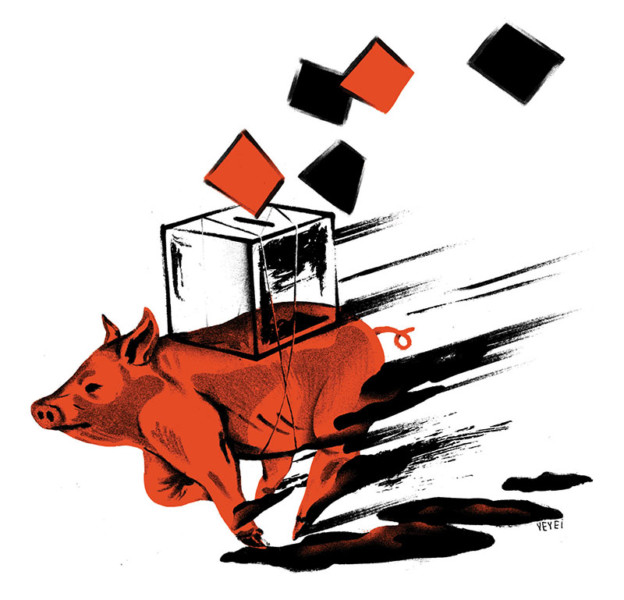 The story itself is different now. It’s the difference between covering a football game and covering a foosball match. One of them involves a lot of players and location and action, and one of them is necessarily bound to person-to-person outreach that does not go outside.

Have you seen The Simpsons? It’s like when Homer is chasing the pig, and it keeps going, getting banged up. He’s like, “It’s still good! Still good! It’s a little muddy! It’s a little greasy!” It felt like we were still trying to cover a normal campaign. “Well, it’s just one event cancellation! Still good! Well, maybe the convention doesn’t happen! Still good!” I’m taking myself out of that mindset. I’m going to cover the reality of what is happening, instead of “How do we get back to a normal world?” We’re staying away from the on-camera, sit-down interview, which is our bread and butter. You go somewhere, meet someone, talk to them, put a camera on a tripod, put a microphone on, and go. That’s your bite. That’s your quote. We’re not doing that nearly as much. A lot of people just aren’t willing—they’re not comfortable doing a face-to-face interview.

Interviews are now on FaceTime and Skype. I had to learn how to work Zoom for the first time. On air, it’s always been that you go to the campaign rally, you show everybody: This is what we’re looking at. Look at these guys hyped up with the campaign signs. Here’s the long election line, here’s this person’s speech, here’s this town hall. We don’t just tell, we show the election—but we can no longer show because there’s nothing to show.

I’m seeing that local GOP and Democrat groups are frustrated. No matter what decision is made on voting in person or absentee, both parties believe that their candidate, either Joe Biden or Donald Trump, is going to be affected negatively. People say, “If we do online or absentee only, then my candidate’s gonna get less votes.”