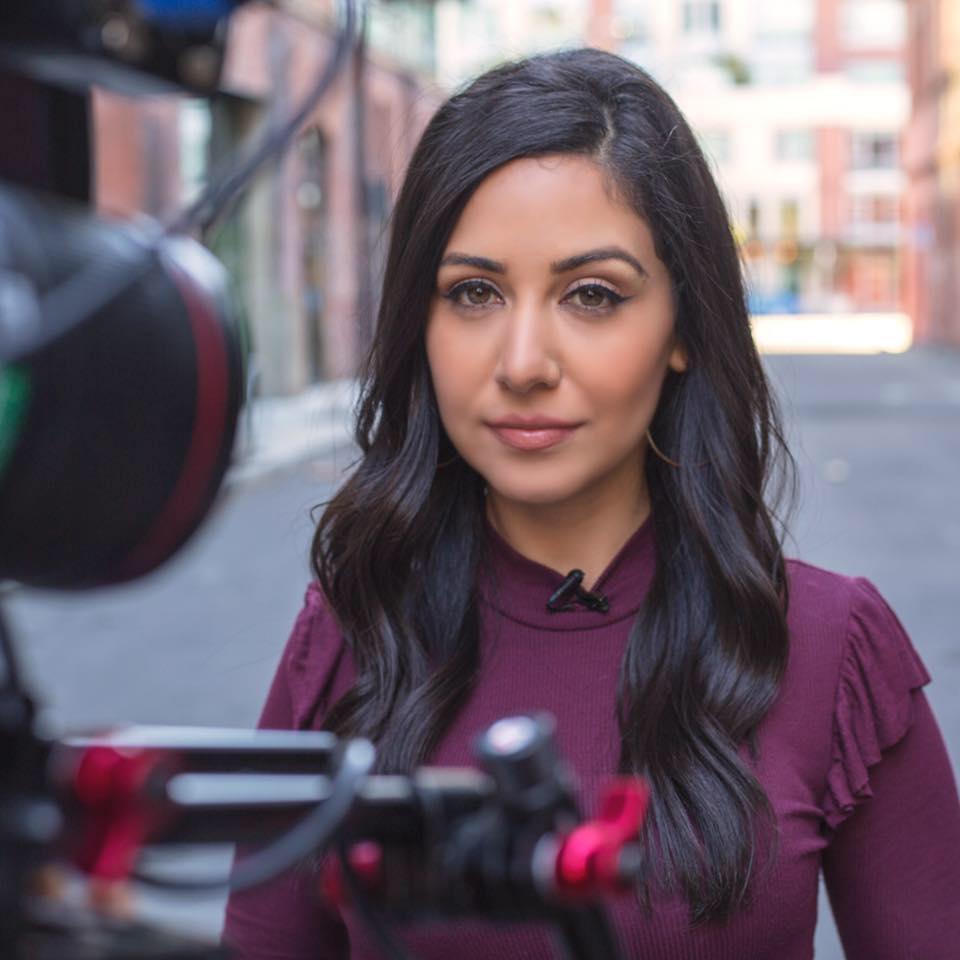 Since 2015, AJ+, Al Jazeera’s digital video news network, has been one of the most popular news video publishers on Facebook. It took advantage of an emerging digital landscape, producing videos with social media in mind from the start. Dena Takruri, a senior presenter, hosts one of the network’s most popular series, Direct From. Last year, it brought in more than two million views on Facebook.

The show is “geared toward a globally minded, young, American audience,” Takruri said. She got her start at Al Jazeera Arabic, and moved to AJ+ in the fall of 2013. “At the time,” the San Francisco native said, “I believed the future of news was in the digital space.” Known for her confrontational interview style and people-centered investigations, Takruri has reported on North Korea, Palestine, Flint, and beyond.

I spoke with the Palestinian-American journalist about why she believes her show resonates with such a large audience, how journalism might work in the age of social platforms, and what the future holds in store. This interview has been edited for length and clarity.

How has AJ+ influenced the landscape for digital media using social media platforms?

Dena Takruri: AJ+ pioneered the genre that we’re in today, in terms of the quick, concise text [in its videos]. Al Jazeera was one of the first news organizations that recognized social media platforms are used for social interactions and can be used for news dissemination, but it had to be packaged in a way that fit the social media platforms.

Why do you think it has such a large reach?

The success of that largely had to do with being based in San Francisco, since Facebook was in our backyard. We had people from AJ+ meeting with their product people, and at the time they gave us insights about how people are going to consume video with audio turned off, so then, naturally, what do you do? You put text on-screen for them to read. We were talking to a digitally native young audience in their language, on their terms. We saw early on that there’s an appetite for giving context as basic and straightforward.

What were some of your early videos like, and what did it teach you?

One of the first videos I put out was a three-minute explainer on a green screen breaking down what settlements [in Palestine] are. We broke it down in a way that I was surprised to see how far and wide it spread on Facebook, because these are things that people just don’t know: what a settlement is, why it’s illegal under international law. It showed us there’s an appetite for global news with context in a way that’s presented refreshingly.

What about your show, Direct From? Why do you think it’s been so successful?

There’s an approach to how I can be tough when I’m challenging power, whether I’m sitting across from the US Navy or a spokesperson from Nestlé or Monsanto. There’s also the empathy, humanity, and respect I give to the people that I interview who have been hurt by these institutions and powerful players.

Some say AJ+ is “one sided” or has a “leftist” slant in its reporting. Why do you think that is? How does this rhetoric speak to how social movements and civil liberties are covered by the media?

I would first ask: Who is saying that? Who is uncomfortable by our work and why? At AJ+ we don’t see ourselves as operating within the left–right spectrum of news, because it’s one that’s heavily skewed in favor of reporting things from the perspective of those in power, and the center implies the status quo. The status quo is interested in maintaining the current structures of power. What we’re doing at AJ+ is we’re offering an alternative, so we don’t put forth an ideological conviction to our stories or angles; we say that we choose to make the world knowable to our audience through the lens of justice. We approach things from a global perspective.

Do you think your Palestinian background shapes your work?

I was born and raised in the US, but our summer vacations weren’t Disneyland, summer camp, or Florida, they were to visit relatives in the occupied West Bank. That‘s where all our family was.… I spent a good amount of time witnessing life under a military occupation as a Palestinian. I had a firsthand experience of what it means to be from a community that’s criminalized and dehumanized.

And I’m also Muslim American, who came of age post-9/11. So there’s that lived experience of being from a community that’s viewed through a lens of suspicion. And that sense of injustice, on many fronts, propelled me and enabled me to draw parallels to other struggles and other communities.

Being Palestinian has served as a passport into different communities. It’s been an asset. You know, when I report on Indigenous communities, I’m approaching stories with an understanding and a lived experience of what it means to be dispossessed from your land by settler colonialism. What it is to be stateless, and what it means to have a painful relationship to your homeland. The people that I’m reporting on are from those communities. They trust me for that reason, and that’s been a huge asset.

There’s the challenge [in the field of journalism at large] of speaking up in a newsroom when you’re the only person from that background with that perspective. It takes a lot of courage, and it’s very daunting, and it can be punished. People will always come at you with what-about-ism, and you have to be more knowledgeable than the average person. You have to be smarter, sharper, wittier. There’s a lot of pressure there. You have to tolerate your humanity being debated and denied, and that’s not easy.

What advice would you give early-career Palestinian journalists?

If you are in fact trying to get into journalism, then make sure everything that you post and tweet is couched in truth and fact and well sourced. I would ask any young journalist to question and remind yourself why you wanted to go into this in the first place. And the odds are it’s because you had an experience like mine, where you saw your people, your communities, misrepresented, and you wanted to do something about that.

I don’t want to discount the very real challenges that Palestinian journalists face in US newsrooms, but I think that things are shifting, I think newsrooms are realizing that diversity is an asset. There are Palestinians on camera doing amazing things publicly in the American mainstream media, but also behind the scenes, as producers, assignment editors, managing editors. And so let that be a source of hope for you, and motivation. Go into this with your eyes open, but also know that things are changing.

Has America ever needed a media watchdog more than now? Help us by joining CJR today.
Dalya Al Masri is a journalist and writer based in Vancouver, whose work centers on media critique around Western news coverage on the Middle East and North Africa. She is the audience engagement editor at the Prison Journalism Project.