Beginning in December, the implosion of The New Republic was shocking in its totality. The departure of 23 staff writers and editors—in addition to researchers, assistants, and contributing editors—forced the political magazine to temporarily halt publication. It was the exodus that launched a thousand takes, as liberal thinkers mourned the supposed death of a progressive institution. Yet in early February, The New Republic returned to newsstands with a new-look masthead. CJR took stock of the TNR fallout: where some former staffers landed and the demographics of those who replaced them. 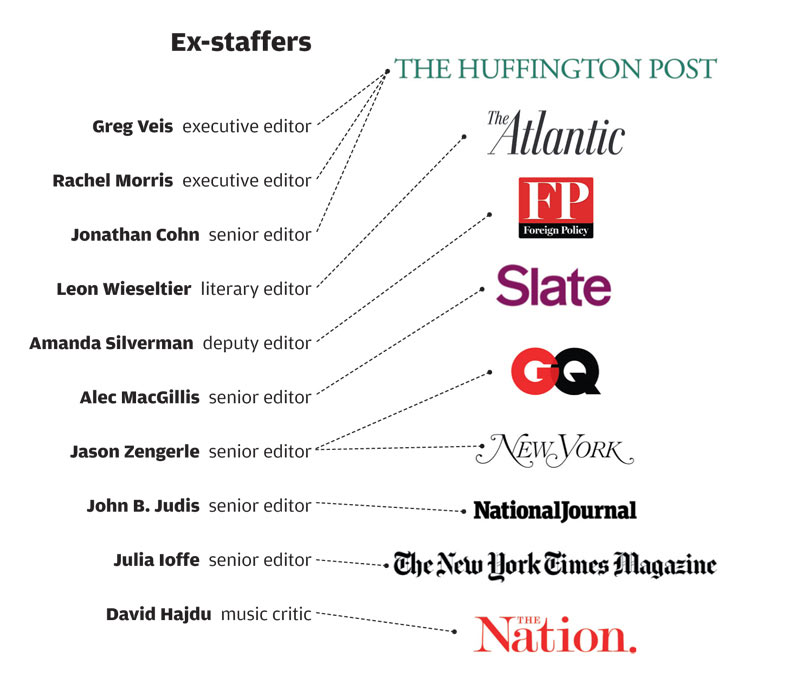 In his first letter from the editor, Gabriel Snyder pledged diversity under his stewardship of The New Republic. Here is how the new editorial staff breaks down compared to the old. 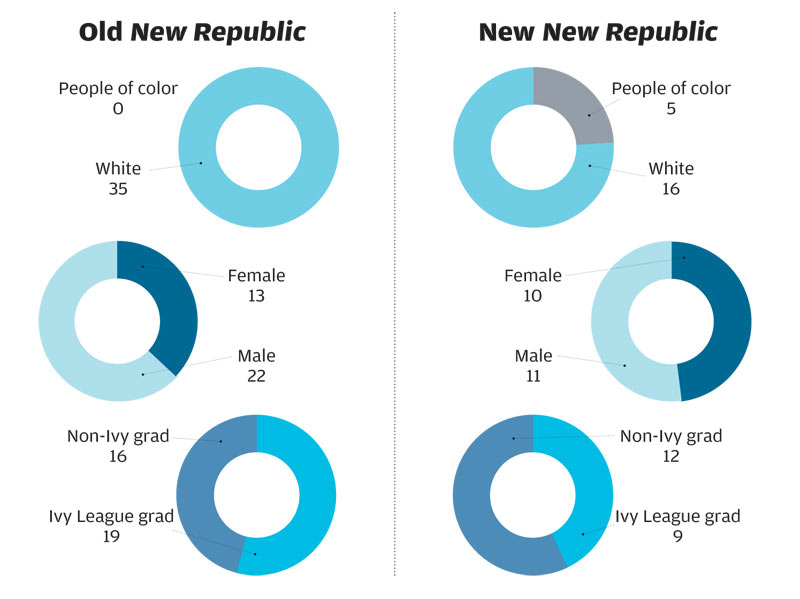 Has America ever needed a media watchdog more than now? Help us by joining CJR today.
The Editors are the staffers of the Columbia Journalism Review. This story was published in the March/April 2015 issue of CJR with the headline, "The new New Republic."